Though I have documented indigenous social networks in port and on vessels by tracing kinship, residence patterns, and work connections, the human dynamics remain little known once a vessel departs as customs records only indicate in general terms a vessel’s intended destination. Captains or mates, however, kept the official logs recording ship’s location in latitude and longitude, the weather, other vessels seen and spoken to, and whether any whales were sighted or killed.  Crew members are rarely mentioned.  Few whaling crewmembers sailing “before the mast” kept personal journals, and of these even fewer have survived. As a result, little is known of how specific Indians aboard whaling vessels intersected with each other and with other whalemen of color at sea and in other ports around the world.  This project unites crew lists from particular voyages with the voyage logbooks.

Mapping the routes of these Indian-crewed vessels and, thus, the social networks connected to them, is critical to accessing these heretofore-unknown but important histories. Mapping a dozen or more of these voyages will speak to the larger common experiences of at least a thousand whalemen of Indian descent. The Indian Mariners Project has, to date, identified ten New London-based whaling voyage logbooks.  As archival searching continues for additional logbooks, the project proposes to map these voyages, including: Ship Connecticut (1830-1831, 1832-1833 voyages), Ship Acasta (1833-1834 and 1834-1835 voyages), Ship Flora (1835-1836 voyage), Ship John and Edward (1835-1837 voyage), Ann Maria (1837-1839 voyage), Caledonia (1837-1839 voyage), Ship Neptune (1839-1840 voyage), and Ship Electra (1862-1863 voyage). Each of these voyages will have a “track” on Google Earth that will document their routes, others vessels seen and visited with (called a gam or gamming), whales sighted and killed, crew activities, historical images of places visited, and objects of daily life and objects made and/or curated from other places. 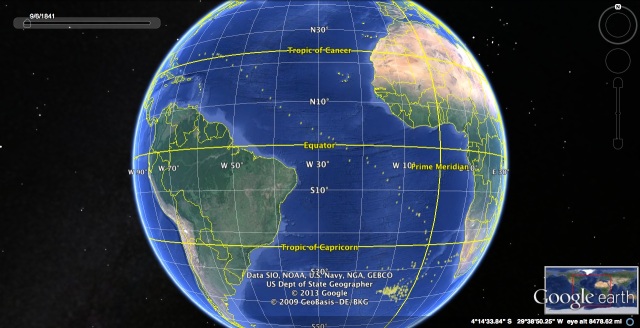 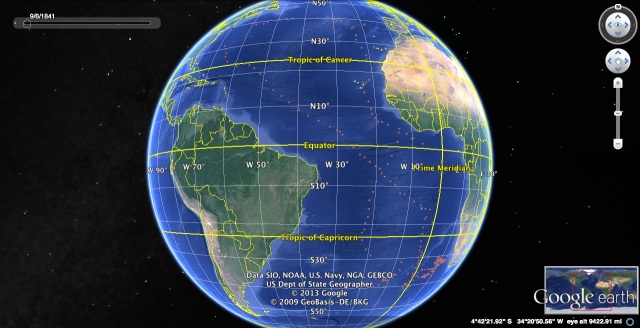 Map 3: This is a partial view of a composite map of the voyages above.  Each pin along the voyage route contains valuable information that can be accessed by clicking.  The information box in the map below illustrates what occurred on a particular day for one of the voyages as recorded in the logbook.